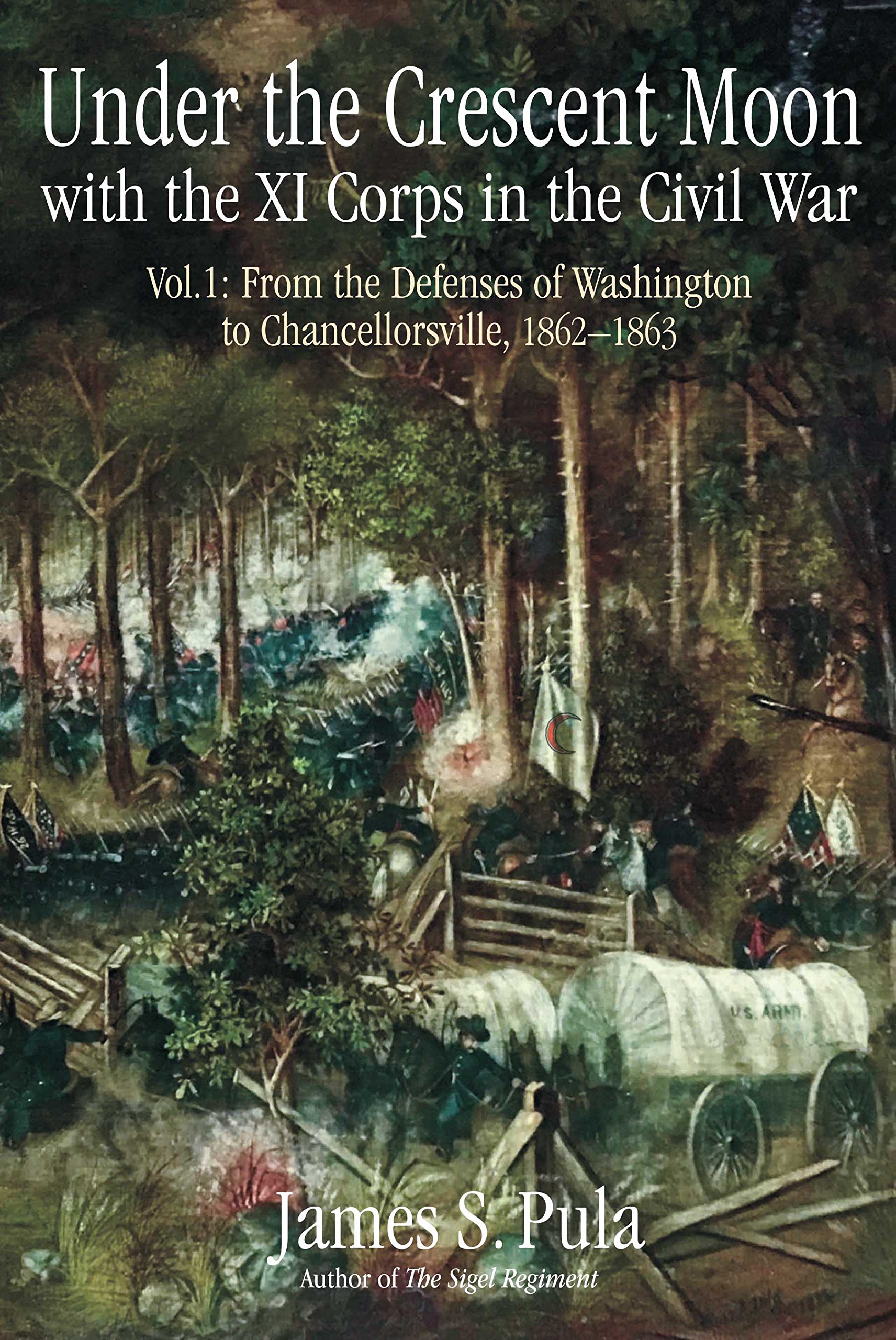 Under the Crescent Moon with the XI Corps in the Civil War. Volume 1: From the Defenses of Washington to Chancellorsville, 1862-1863

With the publication of Under the Crescent Moon with the XI Corps in the Civil War: Volume. 2: From Gettysburg to Victory, 1863-1865, James S. Pula completes his magisterial work on this important Union command.

The XI Corps served in the Army of the Potomac for just twelve months (September 1862-August 1863), during which it played a pivotal role in the critical battles of Chancellorsville and Gettysburg. Thereafter, the corps hastened westward to reinforce a Union army in besieged Chattanooga, and marched through brutal December weather without adequate clothing, shoes, or provisions to help rescue a second Northern army under siege in Knoxville, Tennessee. Despite its sacrifices in the Eastern campaigns and successes in Tennessee, the reputation of the XI Corps is one of cowardice and failure.

Under the Crescent Moon (a reference to the crescent badge assigned to the corps) is the first study of this misunderstood organization. The first volume, From the Defenses of Washington to Chancellorsville, 1862-1863, opens with the organization of the corps and a lively description of the men in the ranks, the officers who led them, the regiments forming it, and the German immigrants who comprised a sizable portion of the corps. Once this foundation is set, the narrative flows briskly through the winter of 1862-63 on the way to the first major campaign at Chancellorsville. Although the brunt of Stonewall Jackson’s flank attack fell upon the men of the XI Corps, the manner in which they fought and many other details of that misunderstood struggle are fully examined here for the first time, and at a depth no other study has attempted. Pula’s extraordinary research and penetrating analysis offers a fresh interpretation of the Chancellorsville defeat while challenging long-held myths about that fateful field.

The second volume, From Gettysburg to Victory, offers seven chapters on the XI Corps at Gettysburg, followed by a rich exploration of the corps’ participation in the fighting around Chattanooga, the grueling journey into Eastern Tennessee in the dead of winter, and its role in the Knoxville Campaign. Once the corps’ two divisions are broken up in early 1864 to serve elsewhere, Pula follows their experiences through to the war’s successful conclusion.

Under the Crescent Moon with the XI Corps in the Civil War draws extensively on primary sources and allows the participants to speak directly to readers. The result is a comprehensive personalized portrait of the men who fought in the “unlucky” XI Corps, from the difficulties it faced to the accomplishments it earned. As the author demonstrates time and again, the men of the XI Corps were good soldiers unworthy of the stigma that has haunted them to this day. This long overdue study will stand as the definitive history of the XI Corps.

James S. Pula is a Professor of History at Purdue University Northwest and the editor-in-chief of Gettysburg Magazine. Dr. Pula is the author or editor of more than two dozen books, including For Liberty and Justice: A Biography of Brig. Gen. Włodzimierz B. Krzyżanowski and The Sigel Regiment: A History of the 26th Wisconsin Volunteer Infantry, 1862-1865, winner of the Gambrinus Prize in History from the Milwaukee County Historical Society.

For additional information, check out https://academics.pnw.edu/history-philosophy/wp-content/uploads/sites/17/James-Pula-History-CV.pdf