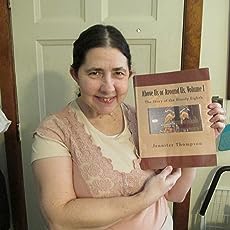 Part One of this volume tells the history of both the three-month and three-year Eighth Indiana Infantry regiments from April 1861 to August 1865. Readers will learn how they chose their motto “Above Us or Around Us,” how they earned their nickname “The Bloody Eighth,” and what occurred during each battle. They will also learn about the soldiers’ family ties, claims to fame, and tragic endings.

My love of history began the summer before fourth grade when my grandfather gave me maps and papers about Indiana since I would be studying Indiana History that next year. Those papers and learning about Indiana that year sparked a love of Lincoln and history. I am a graduate of Indiana University (Bachelor of General Studies – 2002) and American Military University (Masters in Military Studies – Civil War, with honors – 2006). I have served as editor of the Indianapolis Civil War Round Table’s newsletter, The Hardtack, since 2006. I have been an adjunct history professor at American Public University System (American Military University and American Public University) since 2010. I teach American History to 1877, Civil War and Reconstruction, Research Methods, Information and Digital Literacy, and several special topic courses, including a class about the Medal of Honor. I received the Women in American History Award from the Carolyn Scott Harrison DAR Chapter on March 3, 2018.
You can learn more about my books on my web site:
www,historianjenniferthompson.info